For some people Halloween is complete with a great costume, a night of trick or treating and traditional Halloween games, for others the real cherry on top is a selection of spooky online Halloween slots.

If you're looking for that cherry on top this Halloween, Slotastic has exactly what you need for an evening of horror-fueled slot fun. With over 8 real money eerie Halloween-themed slots at Slotastic Online Casino, including our player favorites Bubble Bubble, Ghost Ship and Count Spectacular - we have enough excitement waiting for you to take the thrills beyond the Halloween season.

With so much choice, we've compiled a list of the online Halloween slots we think you'll enjoy.

Launched in early October 2016 in preparation for Halloween, the Witch's Brew Slot is one of most graphically enhanced Halloween slots online, featuring beautiful visuals and 3D animations straight from the opening scene to your very last spin.

Don't be fooled by her charm! The mysterious female lead in this Witchy storyline is certain to bring some inspiration to your Witch or Warlock costume this year, brewing up more than just a menacing potion, big wins are guaranteed to magically appear to you at her command.

Vampires have taken control of the reels, and not the friendly romantic ones you're used to seeing in the movies, these vampires bring little love but many juicy wins that you'll want to bite into. After playing the dark and mysterious Eternal Love slot, we can guarantee that you'll be ready to get the Halloween started as soon as possible.

Our final slot recommendation for the Halloween season is the supernatural Voodoo Magic Slot, also labelled as 2015's most chilling online slot to play for fun or real money. Get ready to fall under the spell of the Witch Doctor as she casts a spell of black magic over 13-paylines on this 5-reel slot hit. Don't let the scary theme put you off though, a jackpot of 2,000 coins is waiting to be won when 5 Priestess icons appear on the reels. 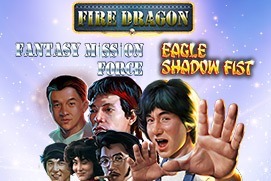 Jackie Chan's classic cult Japanese movies have inspired an exciting saga of online slots at Slotastic Online Casino. Get the low down today and find out how you can become the hero of these action-packed slots! 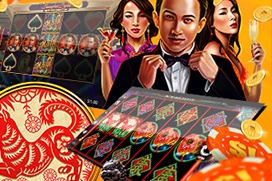 There's a whole world out there waiting to be explored, take a trip to Asia today without even leaving the comfort of your own home. Over fifteen Asian Slots await you at Slotastic, will you discover them all? 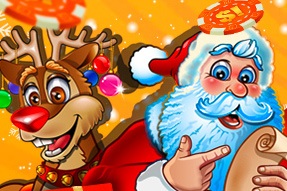 Want to feel festive all year round? Our collection of Christmas-themed slots will provide hours of festive feels to brighten your day no matter what the season might be.